Create an Account - Increase your productivity, customize your experience, and engage in information you care about.

The city has an adopted snow response plan. Snow is generally plowed to the side of the street. Center snow banks create melt / freeze, sight distance, and emergency vehicle access problems. Glen Creighton Drive is the exception to this approach. Snow is plowed to the center and the center snow bank is removed during major storms as time and resources permit. Where possible, on Second St., Forest Ave. and Colorado Blvd., snow is plowed to just one side. Sidewalks must be cleared of snow by the property owner within 48 hours of the end of a snow storm per City of Dacono Municipal Code Sec. 11-60.

Do not push snow into the roadway or right-of-way. Pushing snow into the public roadway creates hazards for City snow plow operators and the general public including drainage problems, drifting, sight obstruction, hindered accessibility, slippery areas, and frozen ruts or bumps that can contribute to motor vehicle or pedestrian crashes. 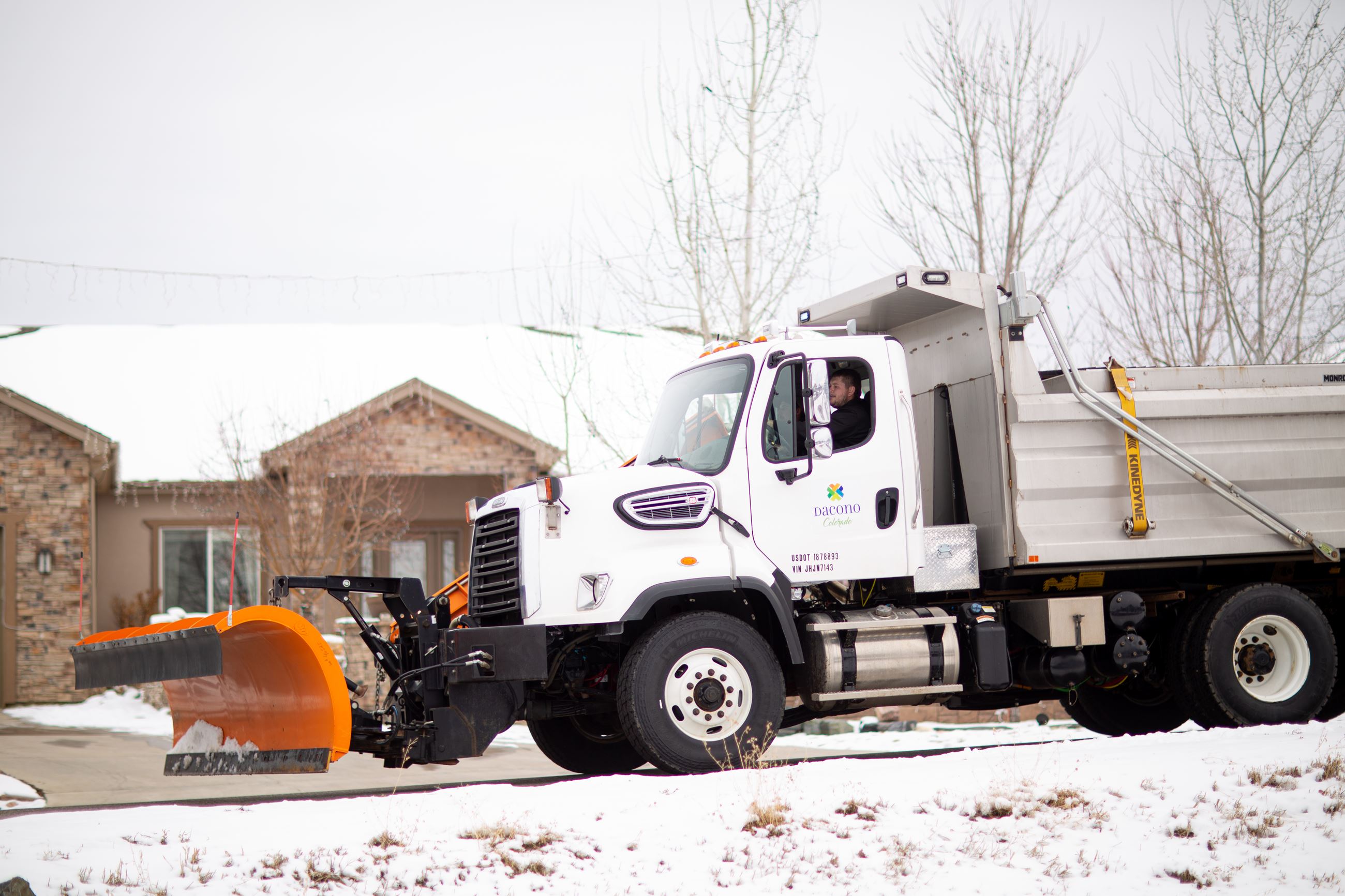